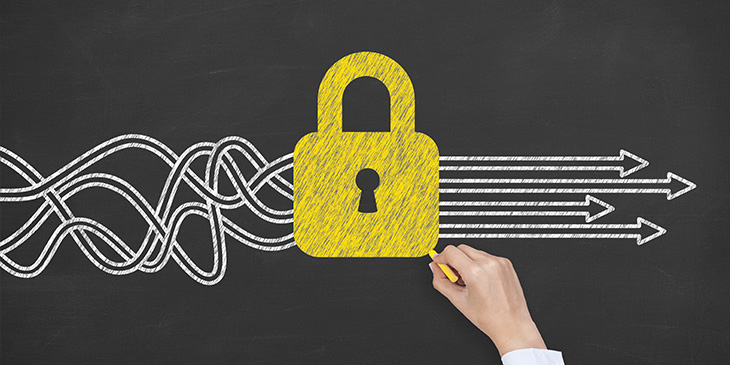 How hyperconvergence can protect your Company’s data

Data security is high on the priority list for most businesses today. As Company’s capture more and more data, either in the cloud or alongside unwieldy legacy on-site infrastructure, IT managers can understandably feel like they’re juggling objects of different size and weight.
Enter hyperconvergence – with its promise to simplify the storage and security of Company’s data.

Hyperconvergence essentially describes the next evolution in data center infrastructure. By integrating computing, storage and networking, a hyperconverged system combines software and hardware within the same infrastructure. All of these technologies can then be managed as a single system.
This software-centric design is a step away from the previously hardware-heavy data centers and is intended to function as a virtual machine – in this case, a combination of specialized hardware and software emulating a physical computing system.

What are the benefits?

The benefits of hyperconvergence are hard to beat, with its low entry and ongoing costs mainly associated with its scalability. Like building blocks, extra nodes or virtual machines can be added step-by-step for the infrastructure to grow with the Company. As this type of data center infrastructure is predominantly virtual, or software based, upgrading systems is much more streamlined and cost-effective than replacing entire hardware systems – as was the case with earlier infrastructure.
Hyperconvergence also changes the landscape of data storage by reducing bandwidth and offering workers a new level of flexibility thanks to improved mobility.
But for Company’s, it’s data protection that represents the real value.

How can a hyperconverged system keep your Company’s data safe?

In the event of damage or theft, lost or corrupted data needs to be retrieved with relative ease. As with any cloud-based computing system, taking it off-site insures against damage caused from theft, fire or water. In a hyperconverged environment, backup, storage and recovery are built into the system.
This type of infrastructure offers a range of modern backup methods. Among them is deduplication – where a single, compressed master copy is stored with references to minimize storage space.
If something goes wrong, a hyperconverged system means Company’s only need to approach a single vendor like Wolff Logics.  Rather than chasing up a hardware manufacturer or software supplier, such infrastructure is a single drop-off point for data.  Ultimately, hyperconvergence is driving a simplification of data, with all roads leading back to a single, integrated platform that offers greater security and convenience.